What Are the Orange and Green Dots on an iPhone or iPad?

What Are the Orange and Green Dots on an iPhone or iPad?

What Are the Orange and Green Dots on an iPhone or iPad? On an iPhone or iPad, you’ll see orange and green dots at the top right corner of the screen—above the cellular, Wi-Fi, and battery icons—when an app is using your microphone or camera. Here’s what you need to know.

These dots on your status bar are just like the colored green LED next to the MacBook’s webcam. They provide a visual indication whenever your iPhone or iPad’s microphone or camera is being used by an app. These orange and green circles were added in the iOS 14 and iPadOS 14 updates, which Apple released in September 2020.

The Orange Dot Means Your Microphone Is Active 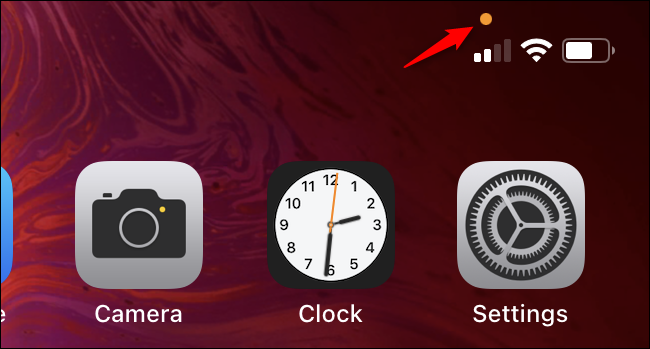 If you see the orange dot when you don’t expect to, that could be an indication an app is abusing access to your microphone.

The Green Dot Means Your Camera Is Active

If you see the green dot when you don’t expect to, that could be a sign an app is abusing access to your camera.

The green dot doesn’t tell you what an app is doing with your camera. It might simply be providing a preview screen so you can take a photo or record a video when you choose. Or, it might be capturing your video and uploading it to a remote server. Either way, you’ll see a green dot—all it tells you is that an app is using your camera (and, potentially, your microphone.)

How to See Which App Was Using Your MIcrophone or Camera

If you see an orange or green indicator dot, you can quickly see which app is accessing your microphone or camera.

To do so, swipe down from the top-right corner of your iPhone or iPad’s screen—right above the dot. The Control Center will open, and you’ll see the name of the app using your microphone or camera at the top of the screen.

Even if the orange or green dot has vanished because an app only used the microphone or camera momentarily, you can swipe down from the top-right corner of the screen. You’ll see the app’s name followed by the word “recently,” indicating that a particular app was recently accessing your microphone or camera but isn’t accessing it at the moment.

RELATED: How to Search for a Specific Emoji on iPhone

How to Stop Apps From Using Your Mic and Camera

If you don’t like the way an app is using your microphone or camera, you have two options: You could remove the app from your iPhone or revoke its permission to access the microphone and camera.

If you change your mind in the future and want to restore the app’s access to this data, you can return to this screen and toggle the app’s camera or microphone back on. 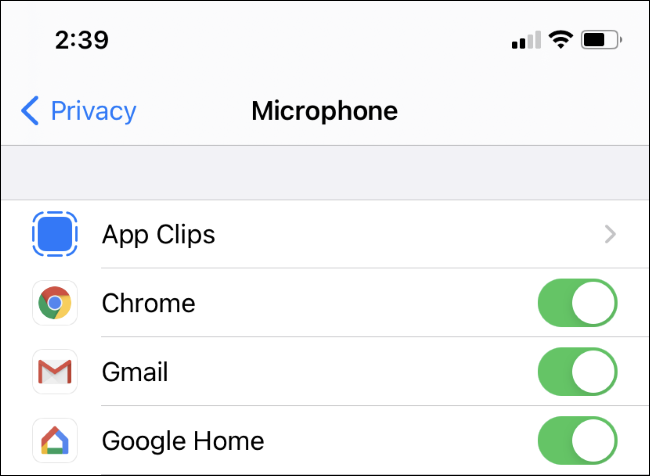 best iptv, best iptv provider, free iptv, iptv, Iptv box, Iptv Service, iptvprovider, iptvreseller, m3u, main-iptv.com, MainIPTV, mainiptv.com, reselleriptv, SMART IPTV, What Are the Orange and Green Dots on an iPhone or iPad?
Share:
Previous post Preorder Your Xbox Series X Today at 11 AM ET
Next post How to Send Directions to Waze on Your Phone From Your Computer