Are 4K Monitors Worth It for General Computer Use? 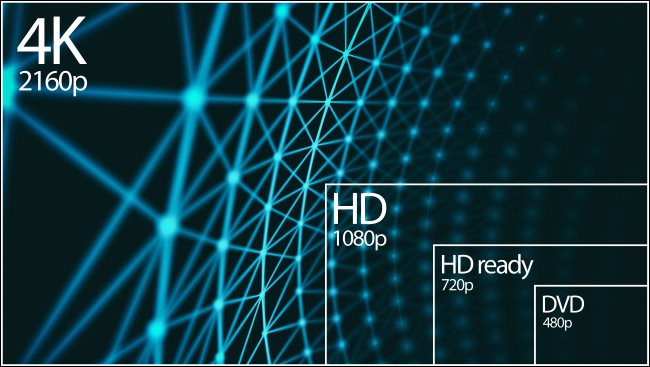 Are 4K Monitors Worth It for General Computer Use?

Monitor: The world is in the midst of a 4K revolution. As internet speeds climb and display costs decline, the next big leap in visual quality is within reach. But do you really need a 4K monitor for office work, email, and web browsing?

What Does a 4K Monitor Provide?

Four times the pixels means four times the screen real estate, so the first big benefit of a 4K over a true HD display is space. You’ll have more room for windows, tabs, applications, and anything else you’re working on. There’s just one caveat, though, and that’s display scaling.

4K displays come in a range of sizes, but most commonly 24-, 27-, and 32-inch. All display sizes provide the same number of pixels on the screen. The big difference between them is pixel density, which is measured in dots per inch (DPI).

A 4K resolution at 24 inches is very different from a 4K at 32 inches or greater. Without display scaling, larger sizes have a lower pixel density, but provide an, arguably, more “usable” experience. At the same time, a high-pixel density makes it difficult to see individual pixels with the naked eye. This makes for a very pleasing, sharp image.

Display Scaling on PC and Mac

Both macOS and Windows can get around the issue of 4K resolutions on small screens using scaling. On macOS, this is as simple as moving a slider under System Preferences > Display. On Windows, you can adjust the “Scale and Layout” preferences under Settings > System > Display. 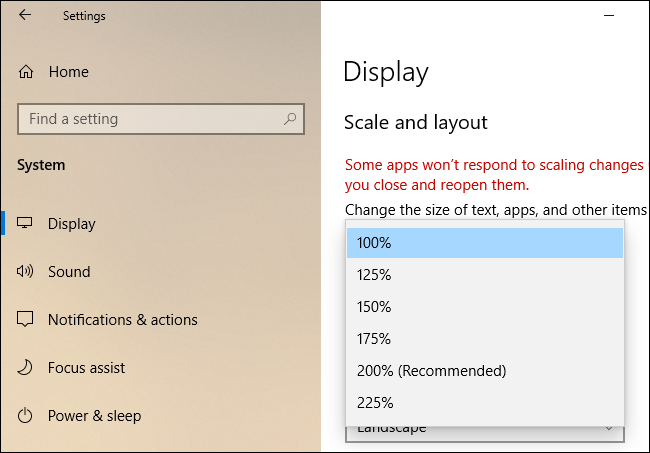 Display scaling inflates the size of onscreen elements, like windows, buttons, and text, so they aren’t too small to see or use. A native 4K resolution on a small, 24-inch monitor would be a lousy experience. The tiny text would be hard to read, and onscreen buttons would be difficult to click.

By increasing the scale at which windows and other core OS elements appear, you can take advantage of increased pixel density without sacrificing too much usability. Finding the balance between scale and additional screen real estate is subjective—you’ll have to decide which end of the scale you prefer.

High DPI scaling on Windows 10 is still a work in progress. Be aware of the issues others are having using a 4K monitor with Windows so you know what to expect. If you own a Mac, though, you don’t have to worry.

Things to Consider When Going 4K

Since most 4K monitors are 27 inches or larger, desk space is a necessity for anyone looking to make the jump. If you think you can spare the room on your desk, don’t forget about the monitor stand. These often take up a significant amount of vertical desk space. If you don’t have the space, you might want to use a VESA mount instead.

You’ll also need to think about whether your computer can drive a 4K monitor, particularly if it’s a laptop. Ideally, you want a discreet GPU, rather than an integrated one. This is especially true if you intend to use multiple monitors, or a laptop and external display.

For general desktop work, web browsing, and other office tasks, most computers will be up to the task. If your machine isn’t powerful enough, though, be prepared to use sub-4K resolutions for more intensive tasks, like playing games or interacting with 3D objects in apps like Photoshop.

You should also consider the relationship between price and quality. It’s true that 4K panels are considerably cheaper than they used to be. However, there’s still a noticeable difference between a cheap 4K and a more expensive lower-resolution panel (like 1440p, also known as 2K).

For example, for an artist who values good color reproduction and high contrast ratios, a cheap 4K panel won’t outperform a modestly priced sub-4K panel in those areas. Cheaper displays often lack overall brightness, have issues with ghosting and latency, and a higher chance of developing (or shipping with) dead pixels.

Another question to consider is if you would really benefit from 4K. Do you need more screen real estate? If so, maybe a second monitor would provide more value for your money. There are other options, too, like ultrawide gaming monitors, which can provide a huge boost in productivity.

Finally, how’s your internet speed? For many, watching 4K video is a major part of the experience. It’s not hard to find 4K content these days, but streaming it reliably can be a challenge if your internet isn’t up to the task. Netflix (and many other streaming providers) recommend a real speed of at least 25 MB if you want to stream 4K content.

Also, keep in mind that even if you pay for an internet speed exceeding 25 MB, you might not be receiving it. You can test it to find out how your connection stacks up if you’re interested in ultra-high-definition streaming.

It’s true that 4K displays are a lot cheaper than they used to be, but so are non-4Ks. The type of panel used in a display can also affect image quality in a big way. The cheapest are almost always TN panels, which is the oldest of the LCD technologies.

High refresh rate monitors are increasingly common, too. These displays are smoother because they refresh the image more times per second than the 60 Hz standard. A 144 or 240 Hz monitor provides a buttery smooth desktop experience for less than the cost of many 60 Hz 4K displays.

RELATED: How to Watch Plex Together With Friends

Low-cost monitors often skimp on brightness, as well, which can be especially frustrating if your office is well-lit. If you’re willing to spend the money, you can get 4K monitors with high brightness levels that are capable of HDR playback. However, you can also find these features for a cheaper price on 1080p or 2K monitors.

Don’t write off aesthetics, either. Huge bezels around the edge of a monitor can detract from your experience while using it. Thin, almost invisible bezels, like those on the latest OLED displays, look svelte and futuristic. Over time, large bezels will disappear, but we’re not quite there yet—just look at the 2020 iMac.

The bottom line is, if you’re upgrading your monitor, you might want to choose an awesome display without 4K. It’s not the be-all, end-all feature everyone needs.

RELATED: How to setup MainIPTV on MYTV Online – Formuler Z+

The Best Way to Find Out? Use One

You don’t know how you’re going to interact with a piece of technology until you take the time to sit down and use it. Fortunately, there are plenty of 4K (and 5K) displays in retail stores that should give you a good idea of the benefits.

The most obvious model to check out is the 27-inch iMac with 5K display. Remember, though, Apple’s excellent display scaling is what makes this one really shine. Windows still has a way to go in this department.

It’s also worth reading reviews (by both critics and customers) to see how any potential purchases might hold up. One really important thing to note is the manufacturer’s policy on dead pixels. Some require a minimum number of dead pixels before they’ll replace your display, while others will replace any model with problems.