If your Windows PC feels mysteriously sluggish or refuses to load more programs, it may have run out of working memory. When that happens, PCs often fall back to using virtual memory, which can be much slower. Here’s how to see which programs are eating up all your memory.

It’s worth clarifying that we’re only talking about memory as in RAM, which is temporary working room for your programs, not disk storage space. The best tool to see which Windows programs might be using too much RAM is a utility called Task Manager.

RELATED: What Was IBM’s OS/2, and Why Did It Lose to Windows?

If you see the simple Task Manager interface, click the “More Details” button. 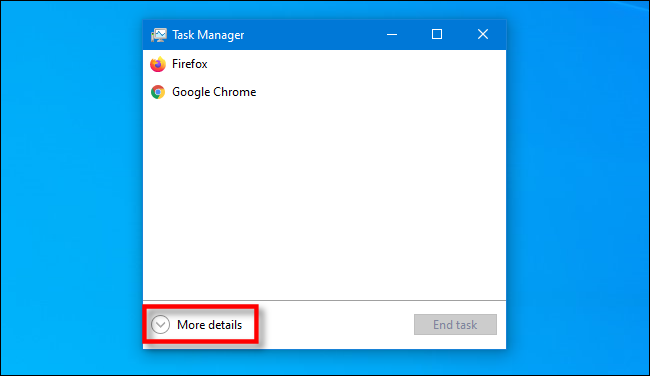 In the full Task Manager window, navigate to the “Processes” tab. You’ll see a list of every application and background task running on your machine. Collectively, those programs are called “processes.”

To sort the processes by which one is using the most memory, click the “Memory” column header. The process using the largest percentage of RAM will move to the top of the list. 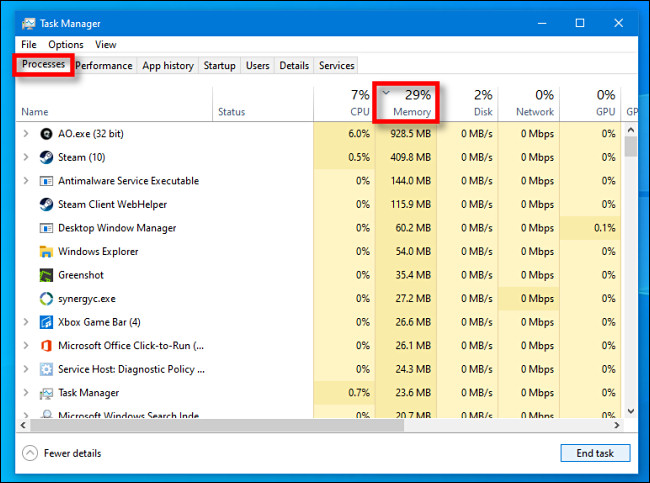 In this window, it’s a good idea to look for programs that might be using a suspiciously large amount of memory. What counts as “suspicious” varies based on how you typically use your machine. If you frequently render 4K video projects or run complex computer games, it might be no surprise if one of those processes is using a large amount of memory (perhaps even several gigabytes).

But if a process you don’t recognize is using the memory, or if a memory-hogging application has become unresponsive and you can’t exit the program by normal means, you might want to consider killing the process. To do that, select the process from the list in Task Manager and click “End Task.” 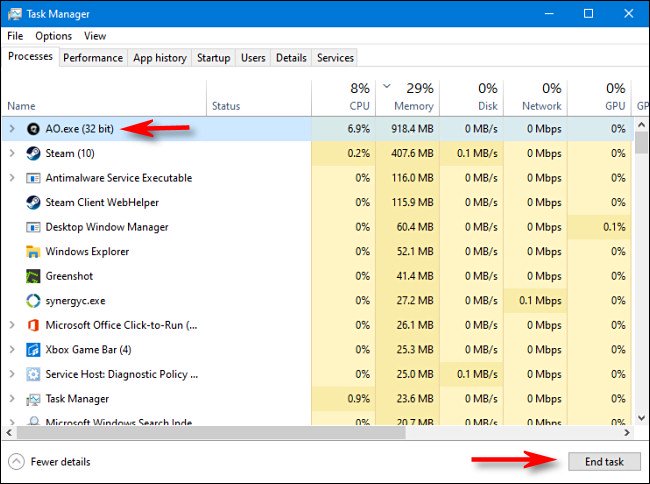 After that, the offending program will close (sometimes it takes a few moments). If it doesn’t, try restarting your machine, which can temporarily solve a variety of problems, including a runaway application that might be using more memory than it’s supposed to.

If you’re having trouble with running out of memory on a regular basis, it might be time to consider adding more RAM to your PC, if possible. Good luck!

RELATED: How to Move a Window to Another Virtual Desktop on Windows 10