Is Microsoft about to remove the Control Panel from Windows 10? That’s how some websites are spinning recent news. But that just isn’t true. Here’s what is going away—and what’s really going on with the Control Panel.

In a new testing build of Windows 10, Microsoft has removed the System page from the Control Panel. 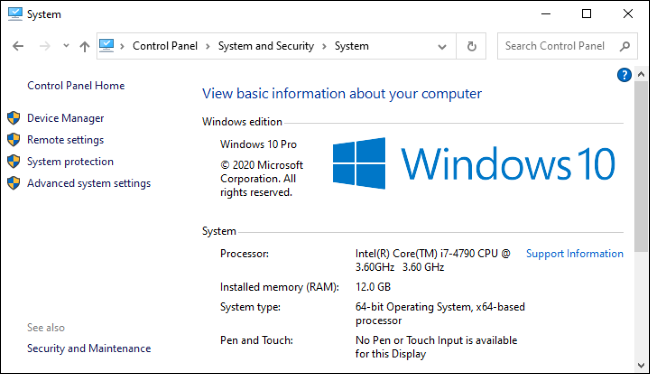 The Settings > System > About page in the Settings app provides all the same information. There’s a new “Copy” button that lets you copy the device information to your clipboard for easy copy-pasting, too.

The System page is a very visible part of the classic Control Panel, but its loss won’t be felt very deeply. All of its information is found on the equivalent page in the Settings app. Whenever an application tries opening the System Control Panel page, Windows will automatically open Settings > System > About instead. 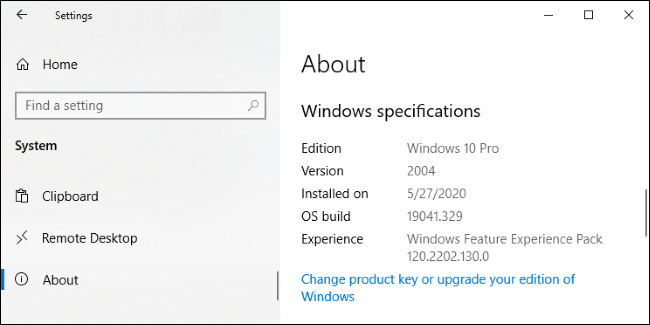 It’s One Page, Not the Whole Control Panel

Yes, the System page is going away—probably. It’s worth noting that Microsoft sometimes removes things in favor of the Settings app and restores them during the development process. Microsoft is testing this change.

The Control Panel Is Still Packed With Useful Settings

The Control Panel can’t be removed any time soon because it’s full of useful settings that aren’t found in the Settings app.

Even tasks that do have screens in the Settings app—like configuring your display at Settings > Display—have links that take you to the Control Panel for more advanced settings and information.

Yes, Microsoft is slowly porting settings from the Control Panel to the settings interface. Microsoft has been doing that for years—it’s taking forever, and it almost certainly won’t be done any time soon.

There will be more improvements coming that will further bring Settings closer to Control Panel. If you rely on settings that only exist in Control Panel today, please file feedback and let us know what those settings are.

At This Rate, It’ll Take Decades to Kill the Control Panel

Really, Microsoft is moving at absolutely glacial speeds here—Windows 8 featured a “PC Settings” interface in addition to the Control Panel and was released in 2012. That was eight years ago. Windows 8 was surely in development for a few years—Windows 7 was released in 2009, after all—so Microsoft has likely been working on a modern replacement for the Control Panel for a decade now.

Okay, let’s all pretend Windows 8 never happened. That’s what Microsoft wants to do, after all.

Windows 10 was released in 2015, so it’s been five years since the stable release of Windows 10. We’re still nowhere near close to having a single settings interface. In 2020, it’s five years later and we’re talking about a single screen being removed from the Control Panel in favor of the Settings app.

At this rate, it’ll be a miracle if Microsoft can even consider removing the Control Panel from Windows before the year 2030.

Please, Just Give Us One Settings Interface!

We’re actually in favor of Microsoft axing the Control Panel.

Wait, let’s try that again: We think Windows 10 should have a single settings interface like every other sensibly designed operating system. The current system, where some settings are scattered across the Settings app and some are scattered across the Control Panel, is ridiculous. It’s been ridiculous ever since Microsoft introduced the PC Settings app in Windows 8 back in 2012.

Whatever interface that is, we’re fine with it. A modern Control Panel redesigned so it can work with touch, with all the settings the classic Control Panel has? That would be great. A Settings app that’s just as powerful and fully featured as the Control Panel? That’s fine, too. But let’s pick one so people don’t have to use both!

All the chatter about the Control Panel going away is a distraction. With the slow state of progress on the Settings app, Windows 10’s developers couldn’t remove it any time soon even if they wanted to.

We’ll have plenty of warning before Microsoft removes the Control Panel from Windows 10, and it won’t happen any time soon.

RELATED: How to Set Default File Drag and Drop Behavior on Windows 10

best iptv, bestiptvprovider, Don’t Worry: Windows 10’s Control Panel Is Safe (For Now), iptvbox, m3u, MainIPTV
Share:
Previous post How to Customize Automatic Updates on iPhone and iPad
Next post How to View a Saved Password in Safari on Mac