Can You Get Multiple User Accounts on an iPad?

Can You Get Multiple User Accounts on an iPad?

Apple’s iPads only support multiple user accounts in a special education mode intended for schools. iPads are a single-user device—more like an iPhone than a Mac. However, you can share an iPad more easily with these tips.

Only Schools Get Multi-User iPads 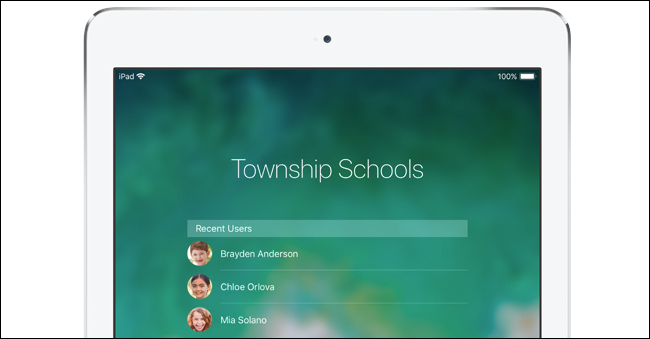 Only schools can use multiple user accounts on an iPad. If you do manage iPads for a school, look at Apple’s “Shared iPad for Education” feature. Multiple students in a classroom can share an iPad and select between user accounts on the lock screen.

Unfortunately, this really is only for schools. You’ll need the Apple School Manager service to get this set up.

Apple rolled out this feature with iOS 9.3 back in 2016. Even with the new, more powerful iPadOS on the way, it doesn’t look like Apple will give anyone else multiple user support on their iPads—not home users and not even other large organizations.

Apple Wants Everyone to Have Their Own iPad

Apple clearly wants everyone in your family to have their own iPad, just like the company wants you to own your own iPhone. That’s not as ridiculous as it once was when new iPads cost $499 each. After all, the latest iPad starts at $329 and regularly drops to $249 on sale. You can get even better deals by purchasing a previous model or used iPad.

Still, unlike a smartphone that’s in your pocket all the time, an iPad can be left around your home and seems like an ideal computer for sharing.

Tips for Sharing Your iPad With Another Adult

There’s a good chance you might share an iPad with a partner or spouse. If you aren’t worried about the person you’re sharing with snooping, you can make an iPad work a bit better for you by giving each person different apps.

To keep things organized, you could organize the application icons on your iPad into multiple folders or separate home screens to keep each person’s apps in a different place. It’s the same process as rearranging icons on your iPhone’s home screen.

With a little organization, an iPad could be a decent shared system for email, web browsing, watching Netflix, playing games, and anything else you might want a tablet for. 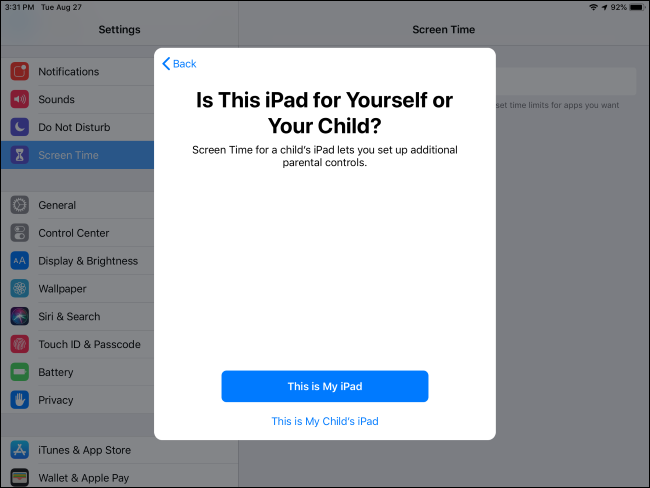 The above tips aren’t ideal if you’re sharing an iPad with a young child. You don’t necessarily want your child tapping through all your email or having full access to the system.

Thankfully, while Apple doesn’t offer multiple user accounts on an iPad, it does provide parental-control features.

The “Screen Time” feature gives you more powerful parental controls. You can choose exactly which applications a child can use and which websites they can access—again, protected with a passcode. So, if you want to keep a child out of a specific application, you can restrict them from opening it, and you can only open the app with your passcode when you’re using the iPad.

These features are useful even if the iPad is only used by a child. You can control what content they have access to and prevent them from spending thousands of dollars on in-app purchases.

Ultimately, these tips and parental control features aren’t as useful as having completely separate user accounts. But, despite years of requests from iPad users and the media, Apple hasn’t added this feature, and there’s no indication we’ll get multi-user iPads any time soon.

If you’re willing to live with another platform, Android, Windows 10, and Chrome OS all offer multi-user support. Apple remains the odd company out here.

RELATED: How to Install and Use Third-Party Keyboards on iPhone and iPad

Channels do not work in Smart TV after uploading playlist