The Best Video Editing Tools for Chromebooks: While it’s commonly thought Chromebooks aren’t good for anything more than surfing the web, that’s not the case. If you need to do some video editing from your Chromebook, there are definitely some tools out there that can do the job.

Of course, we’re not talking full-on Adobe Premier functionality here—Chromebooks are more useful than they get credit for, but dedicated Windows and Mac software is still going to be a more powerful solution. That doesn’t mean you need Premier (or similar), of course. If you just need to do some light duty editing, a Chromebook is very capable. So if you happen to have a super sick video of, say, a guinea pig eating a banana, you can make it social-ready pretty easily on your Chromebook.

While Kinemaster got our pick for the most powerful video editor on Android, PowerDirector just seems to work a little bit better on a Chromebook. The layout is very similar to what you’d get from a full desktop editor and it seems to “feel” a bit better with a mouse.

If you’ve ever used the computer version of PowerDirector, you’ll already be familiar with the interface—it’s very similar, just on a less robust scale. You can trim video clips, add audio, add slow motion (and other) effects, and more. It uses a very intuitive drag-and-drop interface that works very well with both touch and a mouse.

You can try PowerDirector out for free, but to get the most out of it, you’ll have to shell out a subscription fee—$4.99 a month, $9.99 for three months, or $34.99 a year. It’ worth it if you plan on editing video from your Chromebooks. 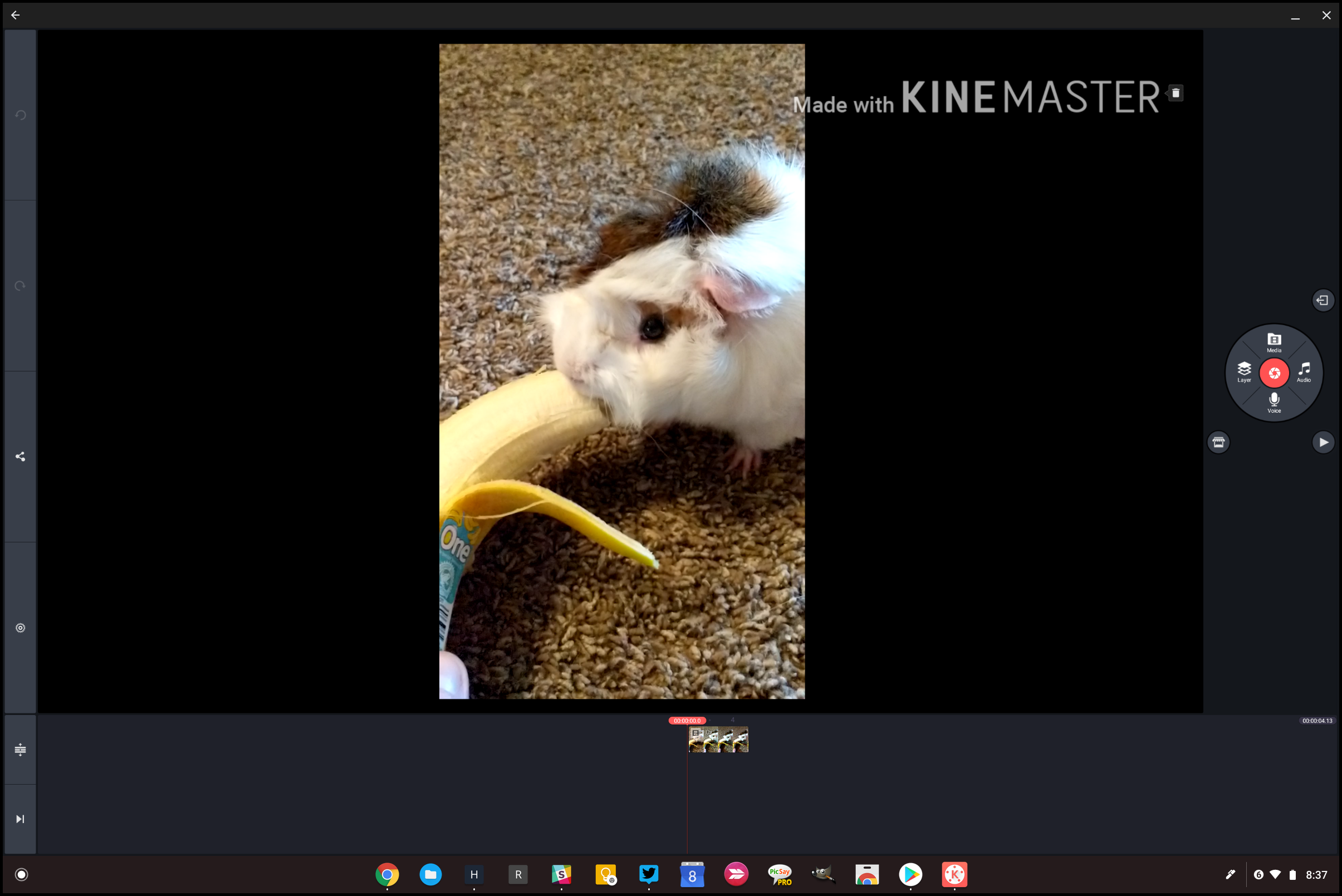 Just because it doesn’t get the pick for “best option” doesn’t mean we can ignore KineMaster completely. In fact, it’s more powerful—meaning it has more features—than PowerDirector. But the interface is a little more confusing and doesn’t seem to translate to the bigger screen of a Chromebook quite as well as PowerDirector.

That said, if the most features you can get out of a single package is your endgame here, KineMaster is definitely worth looking at. You can add multiple layers and effects, trim by frame, add audio, adjust lighting, and more. It packs a wallop, especially for a “mobile” editor.

Like PowerDirector, however, you’ll have to pay for this type of functionality. It’s $4.99 a month or $39.99 a year, making it more expensive than PowerDirector for the yearly sub. If you’re cool with watermarks and ads, though, you can use KineMaster without paying. 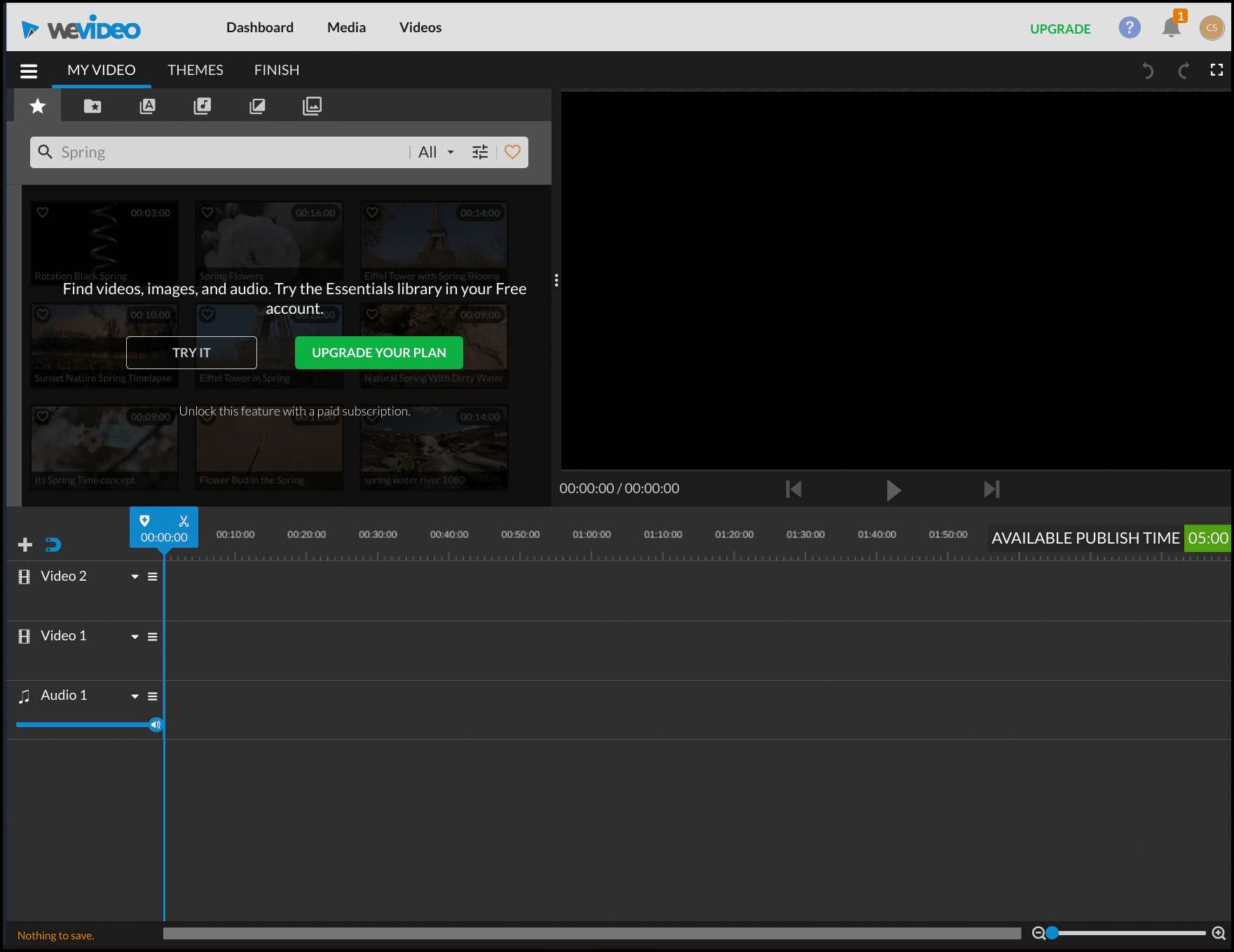 If your Chromebook doesn’t have access to Android apps, then the first two options on our list don’t really help, do they? No worries, we have something for you guys too: WeVideo. It’s probably the most desktop-like option on the entire list—since it’s in the browser, it isn’t constrained to the same limitations that a mobile app is.

WeVideo offers a free tier that lets you do simple things like trim clips and the like, but it’s really pretty limited past that. For example, videos are restricted to 480p and you’re only allowed to produce five minutes worth of publications each month.

There are paid tiers that offer more flexibility, however: the $4.99/month “Power” tier will give you 30 minutes of publishing time, as well as bump the resolution up to a modest 720p. It also opens the door to WeVideo’s other editing tools and enhancements, like slow motion, greenscreen, voiceover, and a lot more.

If you still need more, there are $7.99, $17.99, and $29.99 (per month) options that remove most of the limitations found in the lower tiers. Still, they’re fairly pricey for what you get—if your device has access to Android apps, you’re better off at least starting there. 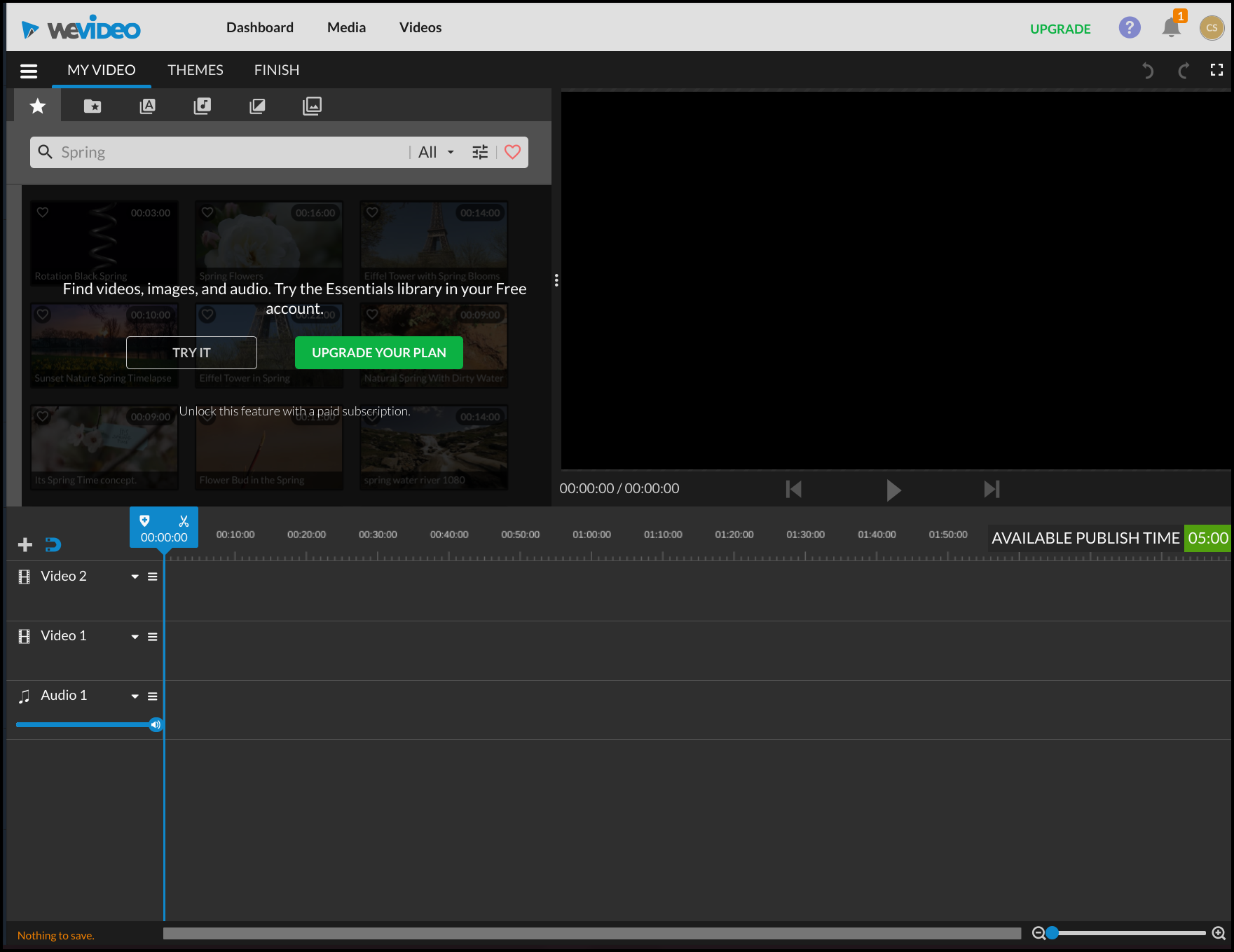 If all you’re looking to do is clip a video and nothing more, Google Photos is your best option. Unfortunately, the web version doesn’t offer video editing, so you’ll need the Android app. Past that, trimming video is super easy. No need for any extra apps or costs to do something so simple.

RELATED: What is Video On Demand (VOD)?