There are some big changes in iOS 14, including widgets on the Home screen and the ability to change the default browser and mail apps. Apple has also improved the excellent Camera app. We’re taking a look at what’s changed, and how to use the new features.

Newer iPhones Get the Biggest Upgrades

One of the biggest improvements you’ll find in the Camera app is its raw performance. Apple claims is up to 90 percent faster, with the ability to capture four shots per second. The time it takes your iPhone 11 to take its first cold shot has improved by 25 percent, and portrait shooting has gained a 15 percent speed improvement.

However, Apple has limited many of these improvements to newer devices, like the iPhone 11 (and 11 Pro), XR, and XS. After testing the Camera app and combing through Settings on an iPhone X and iPhone 11, the former barely improved at all on iOS 13.

Many of these changes are likely dependent on the newer processors in the more recent devices. Regardless of your iPhone’s age, though, you can still improve your photography with some tips and tricks.

Locking focus and exposure on an iPhone is a fiddly experience. First, you have to tap and hold the area on which you want to focus. Then, you move the exposure slider up or down to increase or decrease the amount of light in the scene. It’s an exercise in patience that often results in mistaps.

The iOS 14 improvements to the Camera app make it much easier to fine-tune exposure and adjust how much light is in a scene. To do so, open the Camera app and tap the upward-facing arrow at the top of the screen. In the menu that appears, tap the Plus/Minus sign (+/-) icon to reveal the Exposure Compensation dial.

Slide left or right on the dial to increase or decrease the amount of light in your scene. You can also tap anywhere on-screen to control focus without losing your exposure settings. Once you’ve set an exposure value, the iPhone will remember it until the next time you open the Camera app. 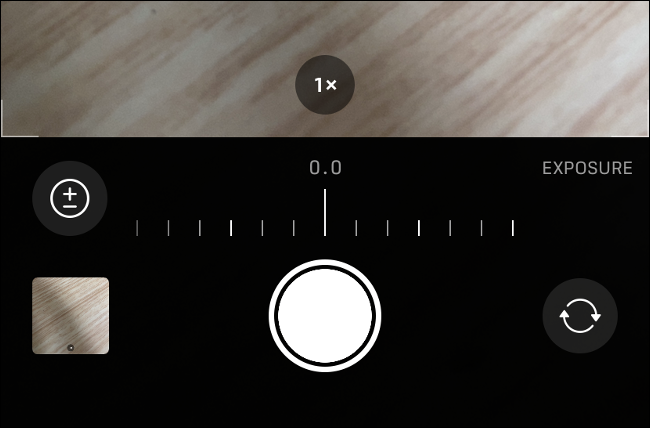 The Camera app will continue to adapt to lighting conditions, unless you lock exposure by tapping and holding the Viewfinder. You gain much more control over a scene by doing this, and then sliding your fingers up and down the small box that appears.

The fastest way to take a series of photos is with Burst mode. To do so, just tap and hold the Shutter button. When you’re done, you can examine all the photos and keep the good ones. In iOS 14, you can also take photos quickly by repeatedly tapping the Shutter button.

In iOS 13, this results in a stutter because the iPhone processes each photo after shooting. Head to Settings > Camera, and then toggle-On “Prioritize Faster Shooting.” Your iPhone will then prioritize speed over image quality by reducing the amount of processing performed on each shot.

With priority given to the shutter, iOS 14 provides a more natural shooting experience that’s not unlike a mirrorless or digital SLR camera. You also won’t have long rushes of bursts, but rather, individual photos to sort through.

Android has had mirrored selfies forever. Now (finally), the iPhone does, too. In iOS 13 and earlier, iOS automatically mirrors photos so text doesn’t appear backwards to the viewer.

If you’d rather save an identical “mirrored” version of a selfie that you see in the viewfinder, toggle-On “Mirror Front Camera” under Settings > Camera.

This feature is available on iPhone XS, XR, and later.

Night mode now features guides to help you keep your device steady while shooting. By keeping the camera as still as possible, Night mode takes a sharper image. To aid you, two crosshairs appear on-screen (much like those that appear when you take a photo looking straight down).

Keep those crosshairs aligned to take the best possible shot. If you wobble, and they fall out of alignment, you can realign them for a slightly better result. For the best results, place your iPhone on a tripod when shooting in Night mode.

Night mode is only available on iPhone 11 and later.

QuickTake Is Now on iPhone XR and XS

QuickTake is Apple’s always-rolling video functionality. It allows you to quickly start shooting a video, even when your camera is in its default Photo mode. This cuts down on the delay caused by having to switch from Photo to Video.

Use Volume Up for Burst Instead of QuickTake

Now, if you own a more recent iPhone, you can choose whether you want to activate QuickTake or Burst when you press and hold the Volume Up button. To enable Burst, just toggle-On the “Use Volume Up for Burst” option under Settings > Camera.

To start a QuickTake video, press and hold the Volume Down button. This setting affects iPhone XR, XS, and later devices.

Changing the camera settings previously involved tapping small icons at the top of the screen. iOS 14 has placed all of these preferences in a single menu alongside the new Exposure Compensation controls.

If you have an iPhone XR and XS or later, you can access these settings by tapping the downward-facing arrow at the top of the screen.

It’s unclear why Apple limited this change to only the last two generations of iPhones, while older devices have the same interface. Maybe next year, iPhone X owners!

The iPhone 11’s successor has been delayed this year. Normally, Apple would announce the new phone along with the iOS 14 update, and it would be released about a week after the event.

This year’s iPhone event is expected in October, so we won’t have long to wait before hearing about the improvements coming to this year’s models. It would be nice if Apple introduced Night mode to all lenses this time around.

Want to learn more about iPhone photography? Check out our ultimate guide to the iOS Camera app.

RELATED: How to Use a Digital Camera as a Webcam

How to Monitor In-Game PC Performance with MSI Afterburner

How to Completely Disable All Vibrations on Your iPhone